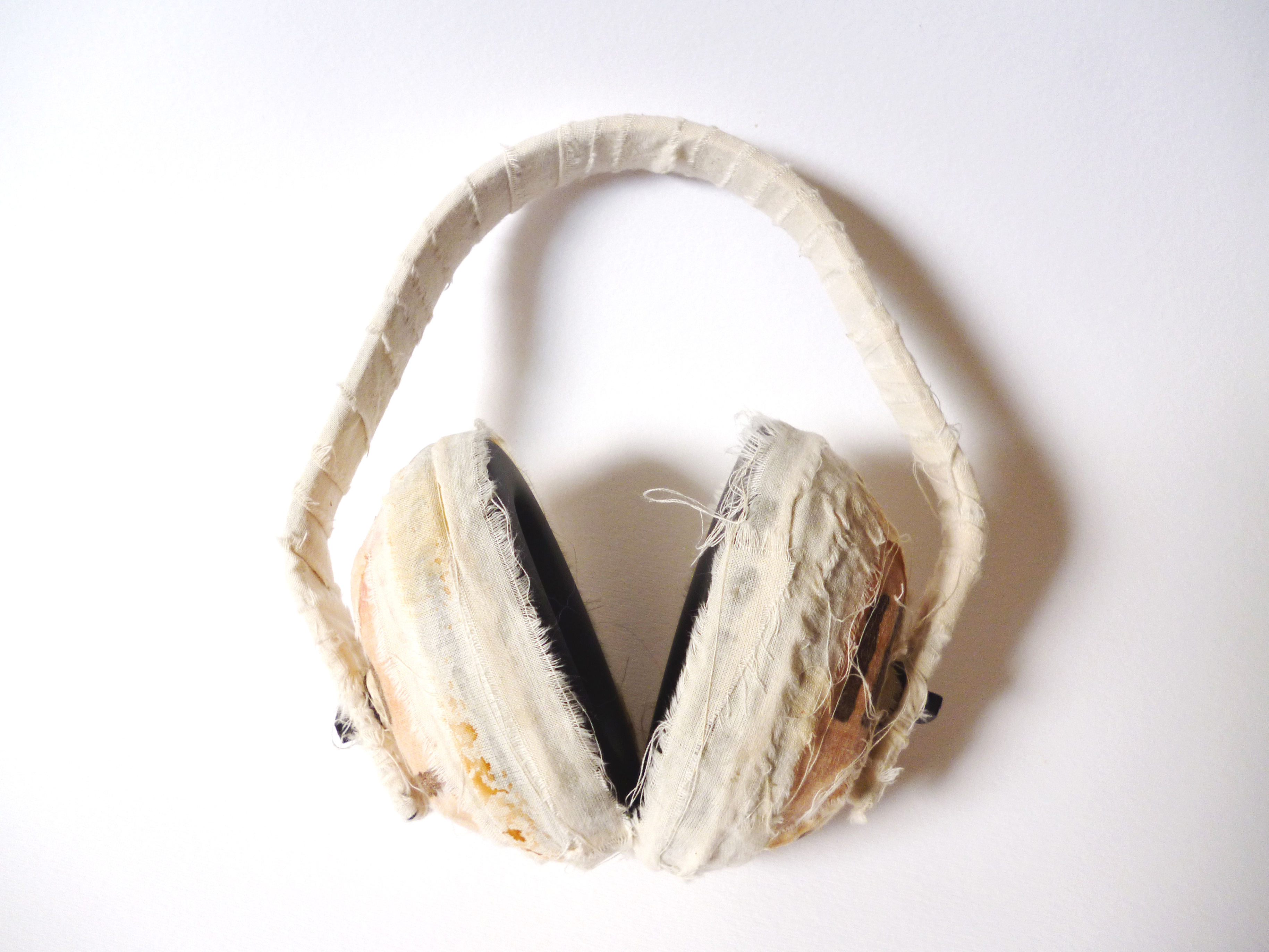 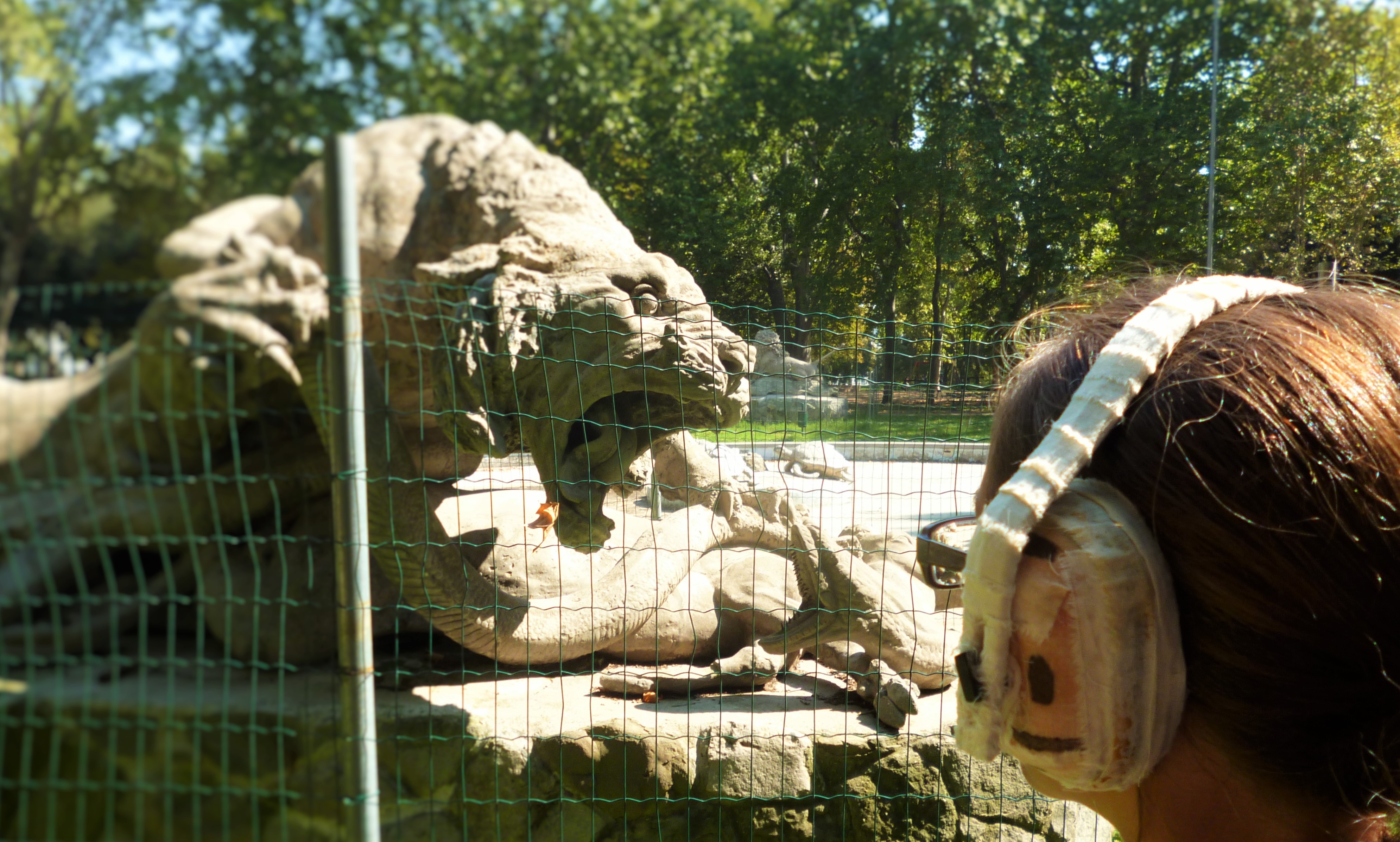 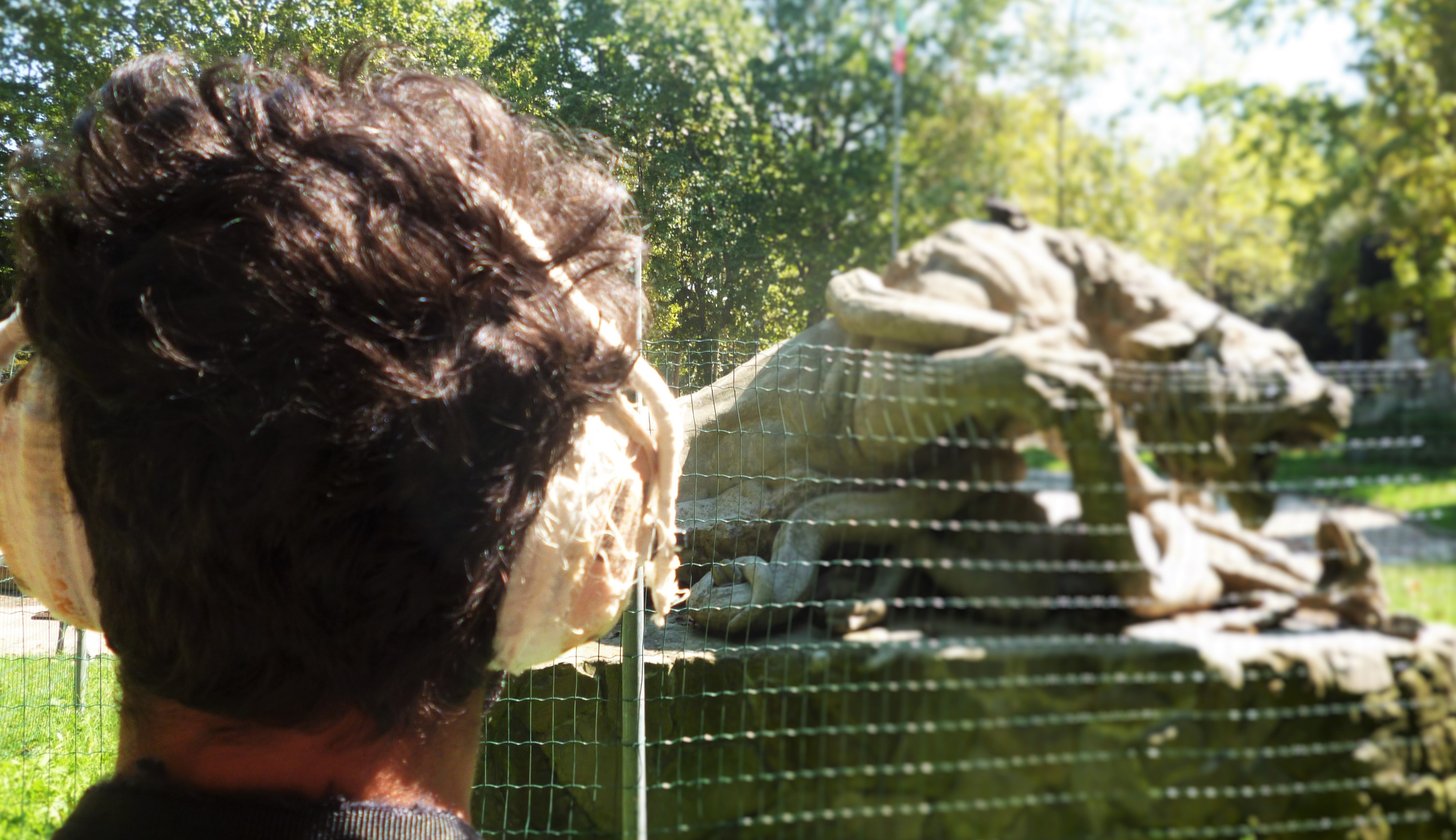 Public Circumnavigation of Diego Sarti’s sculptures temporarily enclosed at the Giardino della Montagnola with precarious and individual sound design.
The idea and the choice of the place arise from the overlapping of two suggestions: the diffusion of soundproof headphones to listen to music without external noise pollution and the fence for preventive purposes of the zoomorphic and anthropomorphic sculptures around the fountain of the Parco della Montagnola.
The active tool of the project (the headphones) aspires to be the means through which each participant can come into contact with what makes it similar to other human beings: the sound of breathing, the vibrations of the joints during movements, the voice of their thoughts.
These headphones, in fact, do not carry music: sound headphones by negation, unveil the rhythm of what belongs to us as living beings (breath and movement) and are characterized by being the result of an artistic reworking.
The headphones used will be at least 4, as many as the sculptural complexes “imprisoned” and will be distributed by me at the beginning of the event: at the end of each individual experience, however, they will become gradually object of experiential sharing of a give / receive between participants.
The Pinch-Headphones are covered with the same material and worked with the same pictorial technique with which I express my poetics in the field of installation: raw cotton canvas with mixed technique pictorial interventions and with an expressive mode gravitating the image of the wound.
Wounded like superficial discontinuity and painful opening towards the depths.
Opportunity to remember one’s own limit.

Isolating us and forcing us to a suspended and forced reality, the event wants to be an experiment, a test that each participant can play against himself, under the gaze of the onlookers, in a continuous exchange of roles between the observed and the observer.
Thought of as a precarious and exceptional situation, linked to an immediate suggestion and a precise circumstance, the optimal actualization is identified to be in a single day and in a span of a few hours of development: the project wants to maintain a performative sincerity, favored by the exceptionality with respect to the daily life. A moment during which the temporary imprisonment of one of the five senses can bring out the common vital characteristic par excellence, the breath, at the same time as the experience of non-sensory freedom.
Thus a melting pot park, which over decades of immigration has become the Parco della Montagnola, with its vitalistic statues “temporarily caged” can prove to be a scenario full of melancholy poetic analogies, with what is not poetic in contemporary reality.

An individual experience that can awaken a general reflection.
Any analogy awakens in the mind of each person, at the active moment of the revealing constriction or at the reflexive moment of the observation of the constriction of others, with the involuntary setting around the fences (whether they are connected to the prison system, to the condition of the individual in society, to the reception centres for immigrants, to physical or mental disabilities, to the wildlife or geological environment endangered by constant cementification, etc.)..) the event can be a meditative opportunity starting from oneself, one’s own feelings and perceptions.
For this reason it is important that for an authentic success of the project there is a wide communication made not only through the circuits of communication related to the world of art, but presenting the initiative to the internal circuits of the city and directly active in Montagnola such as the District San Vitale and the City of Bologna through the taking into account of adolescent audience related to high schools or colleges in the neighboring areas, as the first users of headphones soundproofing “classic” and especially future acts of civic living.

The goal is to stimulate the metaphorical figurativeness at the base of thought and the Gemeinshaftsgefuhl, the feeling of community of adlerian memory through empathy and questioning during a short walk and performing a simple action such as wearing a pair of headphones deconstructing, however, every expectation about the object itself, which made disturbing by the reversal of its role, wants to be harbinger of suggestive news: the fertile analog sound of breathing instead of digital sounds artificially made in themselves.

Co-strizioni in corso (The Pinch Headphones)