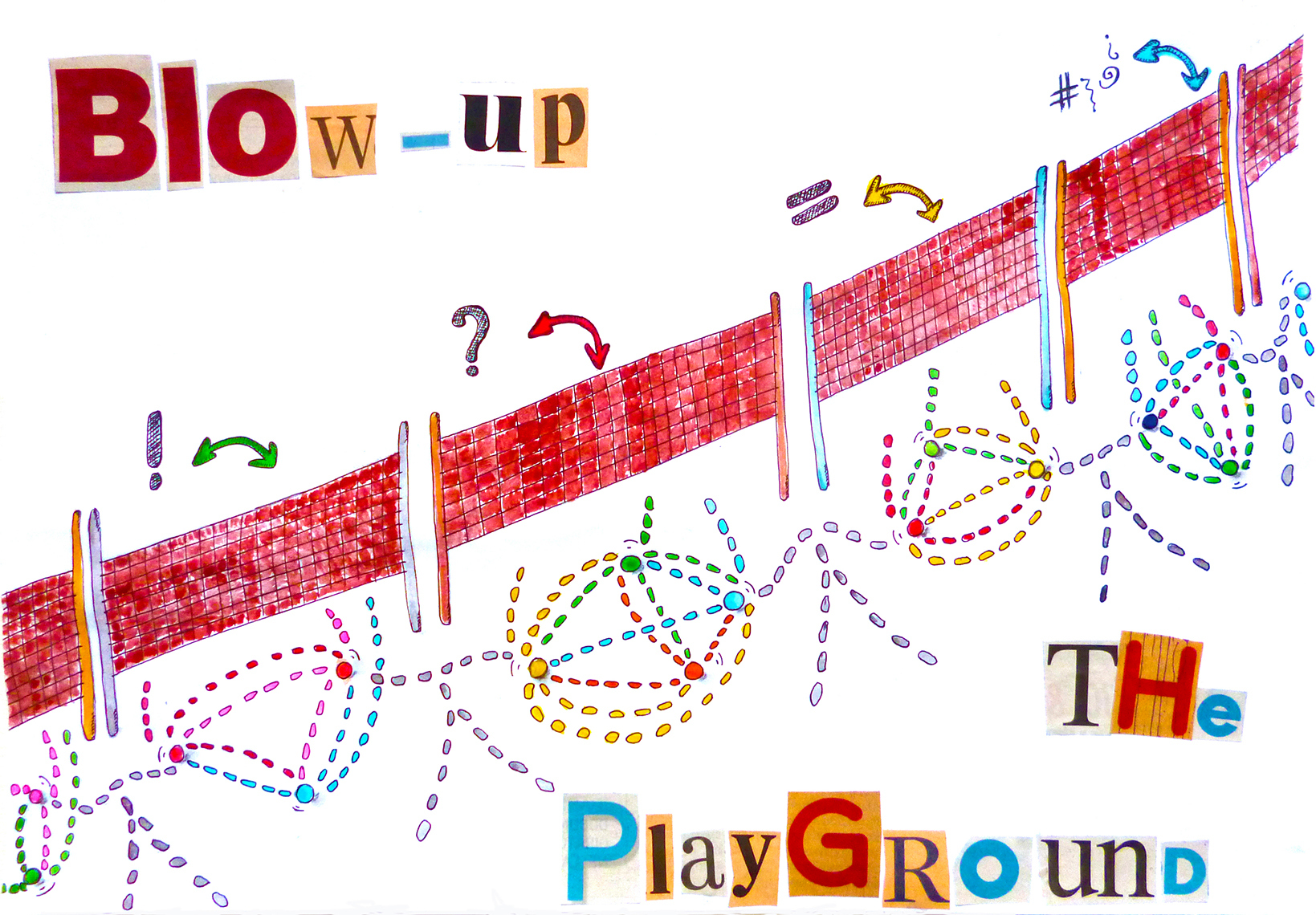 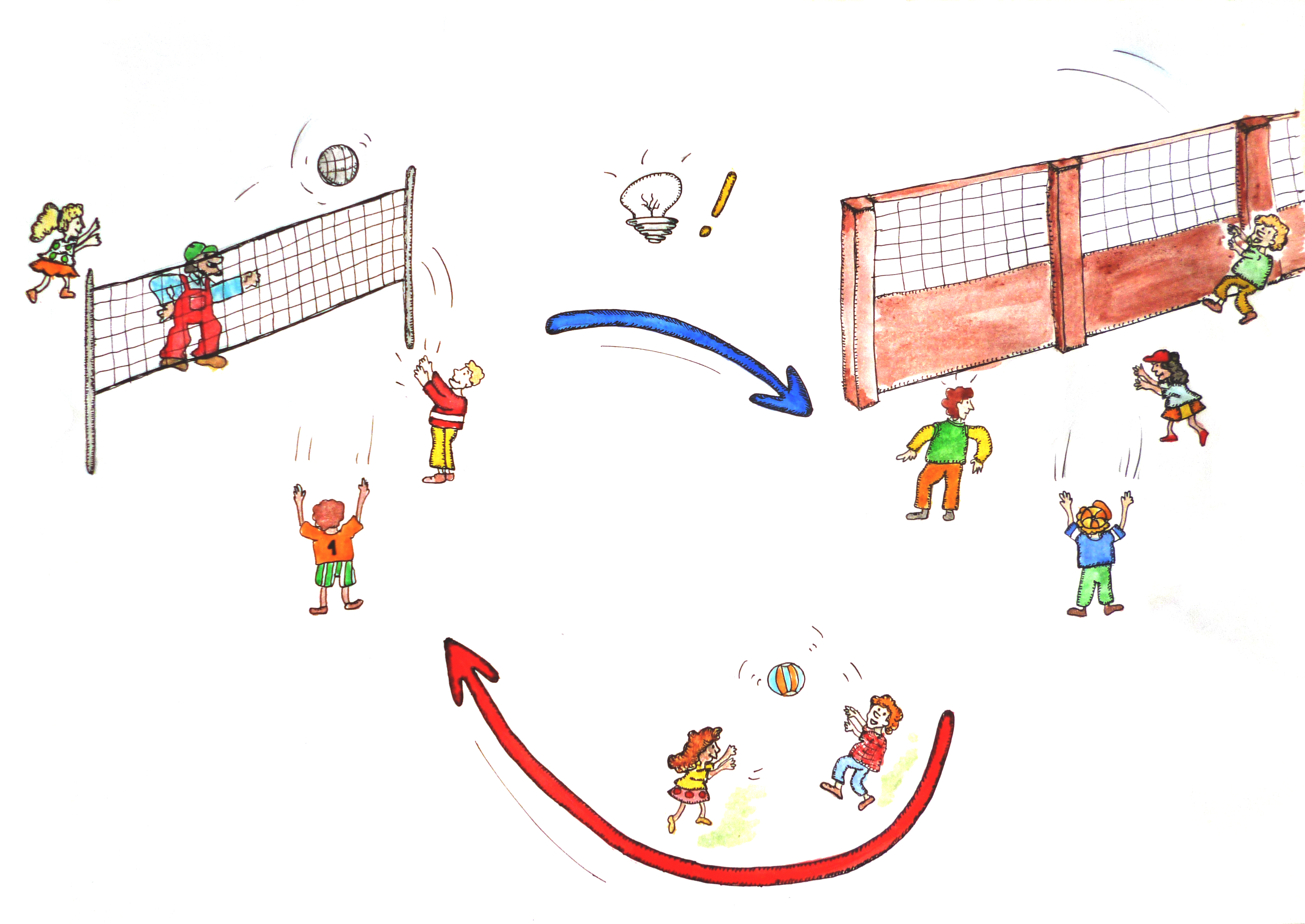 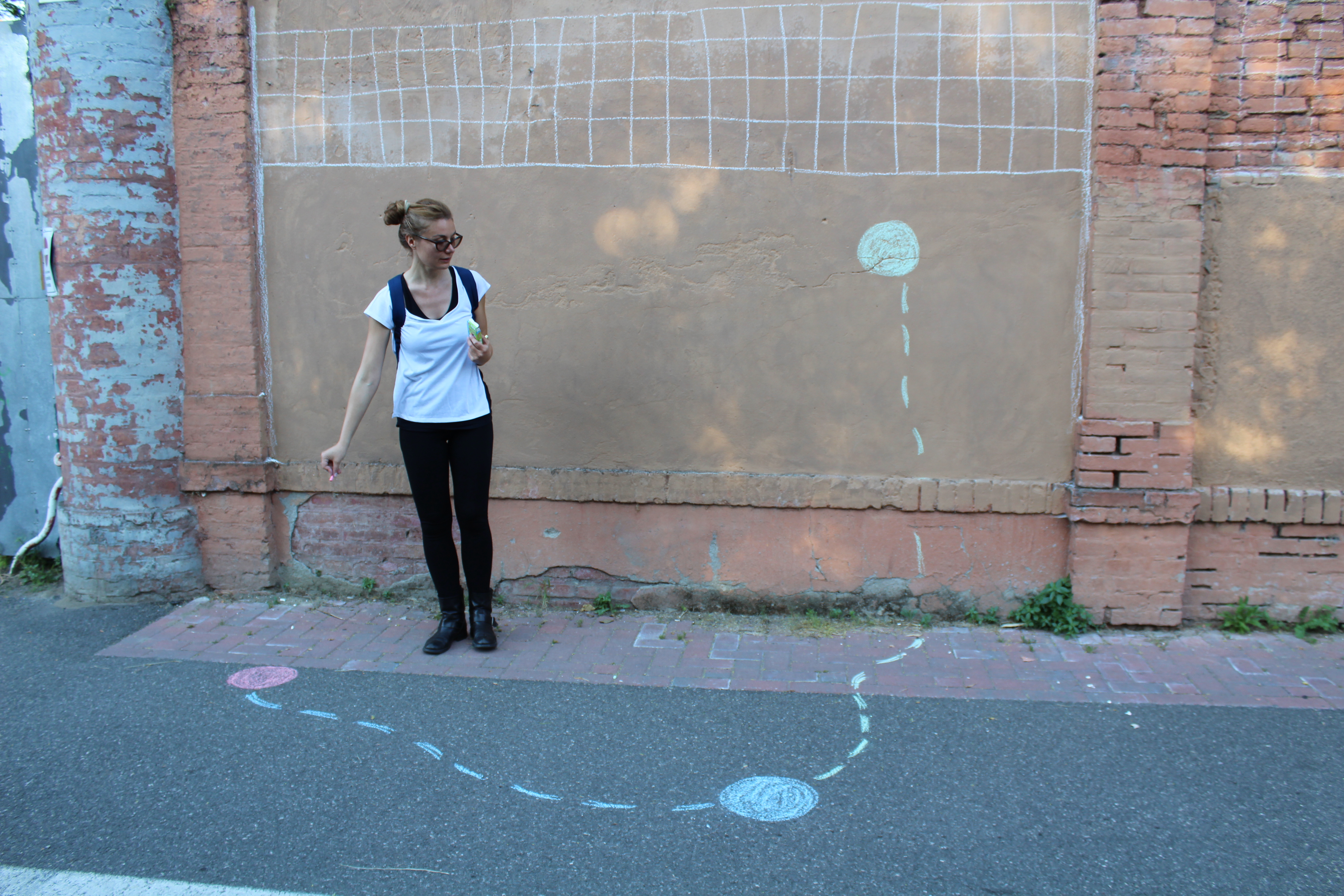 What is a wall? A border.

What is a border? A boundary.

What is a boundary? An opportunity for meaning.

By means of contours we define our fields of meaning by contrast or juxtaposition: here, my/your, your/our, us/yours, your/your. A wall is then a symbol semantically pregnant and susceptible, open to incorporate from time to time the infinite imprisoned in the form.

It is thanks to the imagination, however, that the infinite survives inclusion: it is therefore necessary for the formal configurations to be renewed cyclically to restore life to the meaning.

One of the original gyms of this semantic process is certainly the game.

So why not transform a wall into a network… Why not start transferring to the wall of the former Sani military barracks, all the expectations of play and recreation related to a park in progress, which for some time now, the community of the place dreams.

Why not imagine yourself as a player in the same game: transforming a vision into reality.

Taking inspiration from the most famous tennis match in the history of cinema, where a fantasy can make its way and take shape in the real world thanks to the shared imagination, couples or small teams can be formed between the inhabitants of the neighborhood and the participants in the event, to create an osmotic human presence whose will can exert an imaginative pressure: the opponents are unknown and are not offered to the eye, because the wall is too high.

An extemporary tournament will be created where competitors will not be played against each other.

It will be played to learn how to make a team.

Provided that it is lived seriously and responsibly, the game, has the power to break down boundaries, diversity, obstacles and fill gaps (children are experts in this, because they live with deep conviction a situation that they serenely know imaginary): it can be a new way to “train” the sense of community. Keeping the imagination alive, for the human being, is the first heuristic possibility, the greatest: for this reason it is vital to create liberating pretexts that favor the imaginative will.

The gratuitousness of the actions that take place within an imagined game are the most immaterial form (and therefore the least bridleable) that can be given to freedom, as no productive logic commands it, only the internal coherence necessary to the shared imagination.

Mimicking a game of volleyball with opponents invisible beyond the wall, you do not just exercise your imagination, but you stimulate the coordination of the proxemics between people, who, in addition to sharing a game, are sharing a relational action in a specific space.

The space of their common dreams.