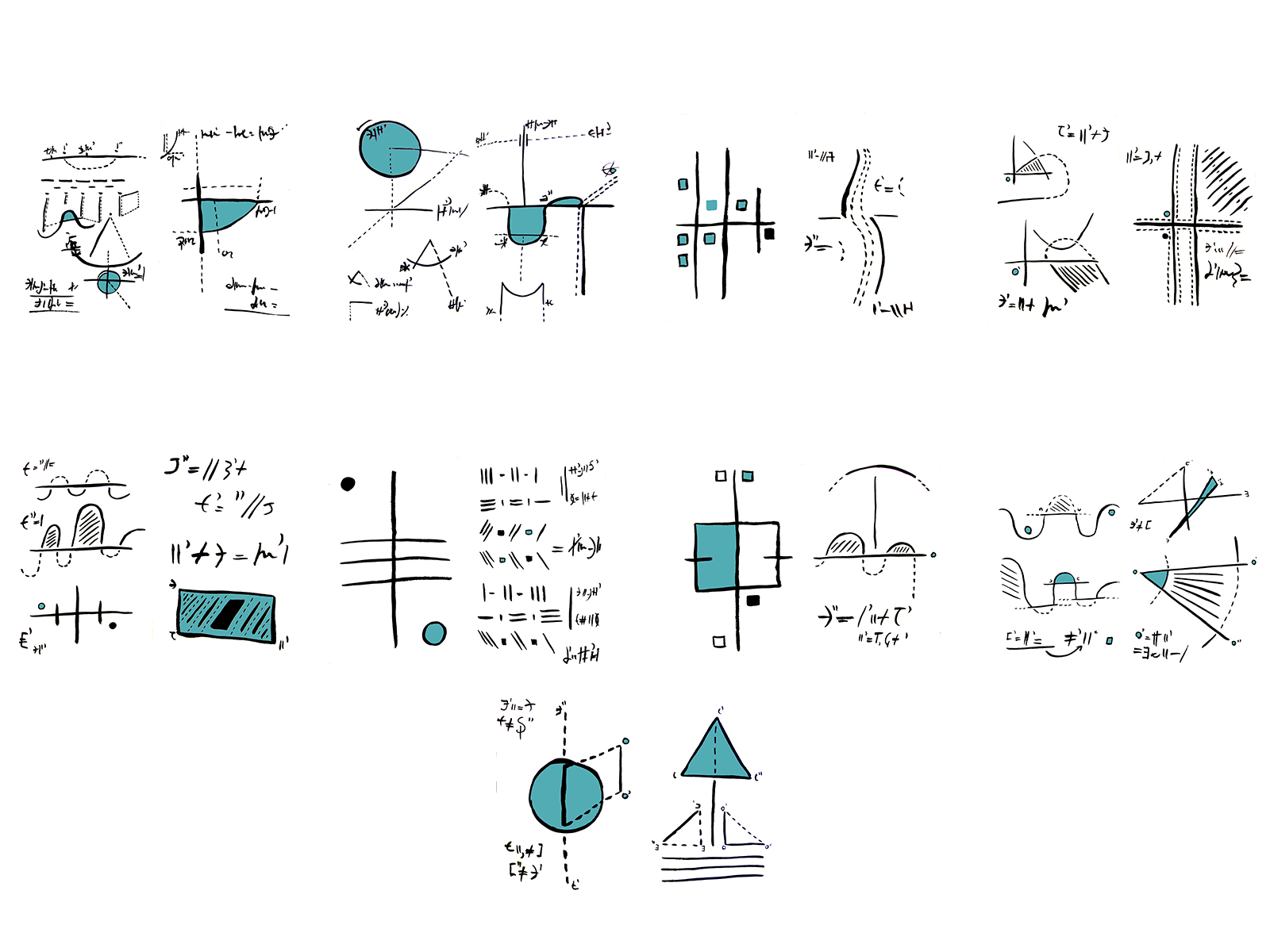 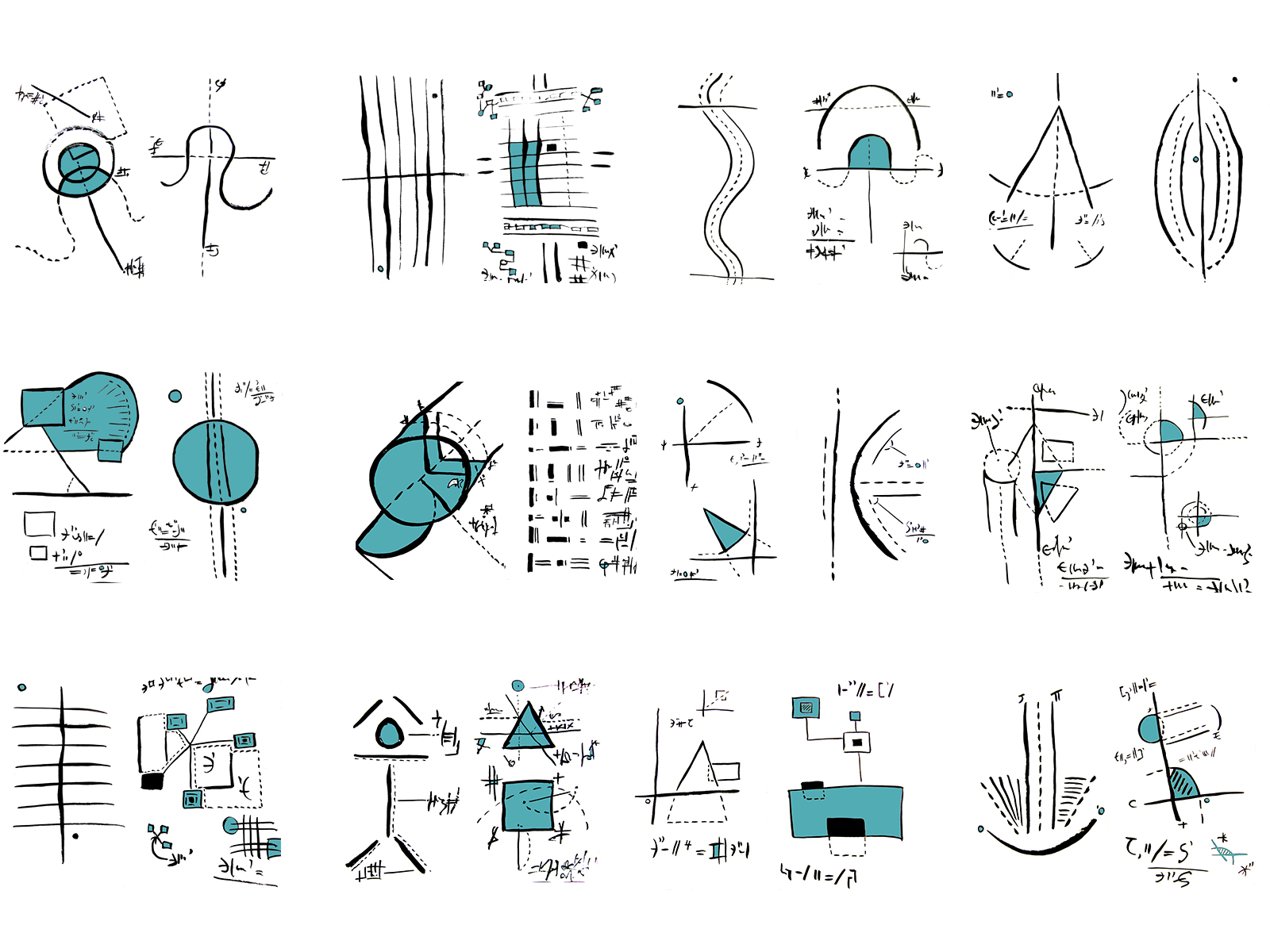 Conceived as the practice of a generative grammar of thought, drawing turns out to be the means to give static form to the dynamic energy of the hand.

Scientific reverie able to found a science of reverie.

22 pages of notes, graphs and calculations for a new configuration of reality.

A trabeation metaphorically transformed into a paper roll containing new formulas for the future.

Drawing as a gravitational force of thought, through the concretization and putting into relation of the Idea with the Thing.

The technology interpreted by the artist’s gaze can only be resolved in the attempt to represent the eternal, as fertile as it is, friction between the knowable and the unfathomable, in the continuous imaginative stimulation of languages and solutions that appear close, yet still unexplored.

And if imagination can be a heuristic stimulus, then exercitatio optimus est magister.